This project was a rear-yard addition to an existing 1920 era house. It added a family room upstairs, and a new master suite downstairs. A new stairway replaces the too-steep stairs that accessed the basement. A small roof deck off the family room provides some convenient outdoor entertaining space, and access to the backyard.
The homeowners have a modern aesthetic, but wanted to respect the traditional appearance of the house from the street side. There’s a pretty striking contrast between the old front and the new back. This differentiation happens inside too – the new beam spanning the opening to the new space delineates new and old, while the existing but remodeled kitchen mediates between them.

The two-story “storage block” is really the “design core” of the project, and grounds every other part of the project around itself. At the upstairs, it acts as display/storage, and as a railing for the stairwell. At the stairs, it becomes a book wall, and at the new basement master suite, it becomes an elegant wood design element with some minimal display niches, and a barn-style sliding door. It also provides some storage in the space off the bedroom, under the stairs.

Adjacent to the storage wall at the upstairs is a frosted glass railing that acts as a lantern. It diffuses the light throughout the space, both natural – during the day – and artificial – at night (a pendant light is centered in the stair well behind).

The biggest improvement in the remodel is the amount of natural light – as in many traditional (in this case Tudor) style houses, the small windows limited the light. 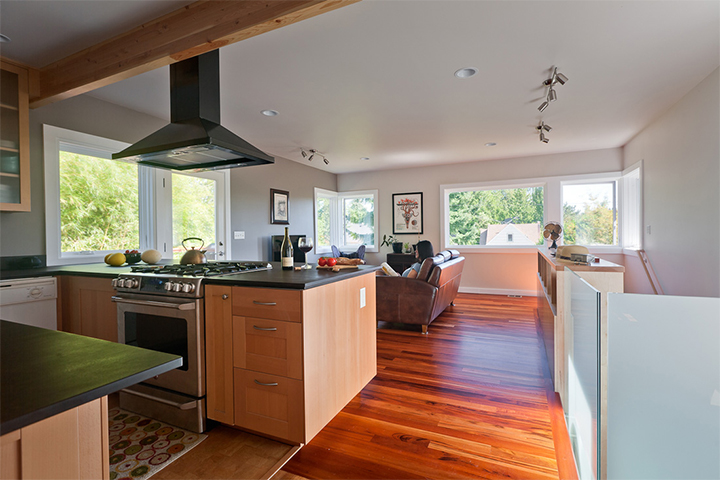 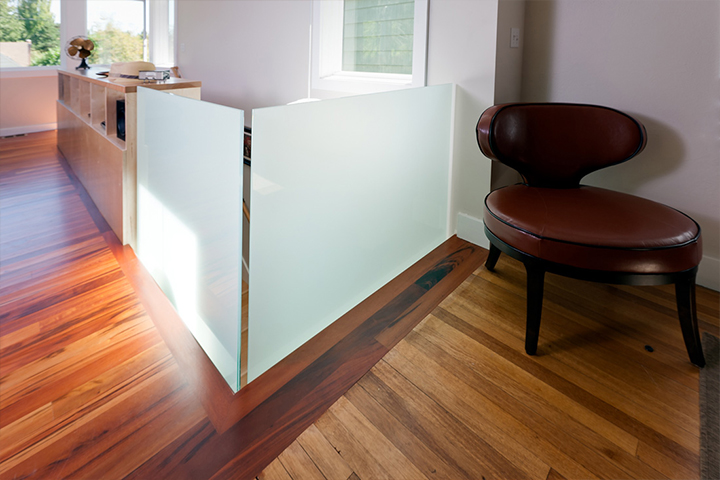 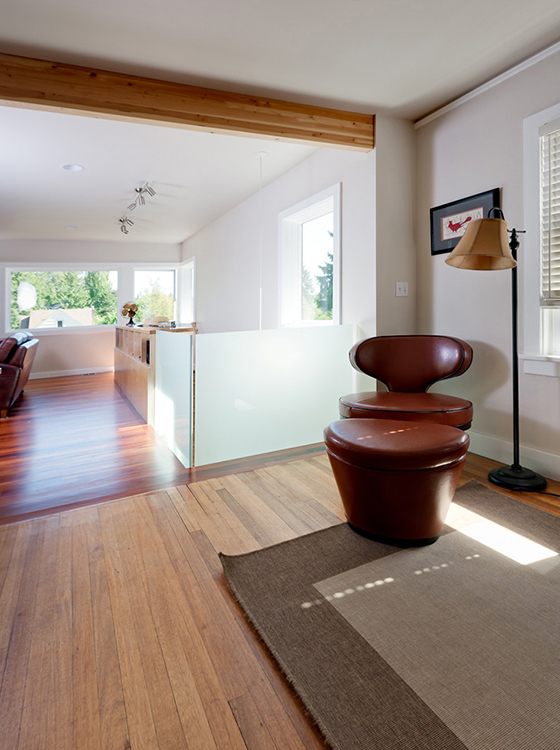 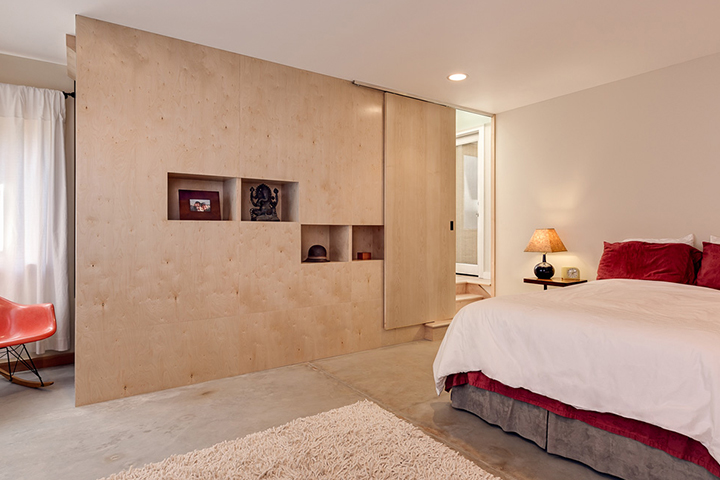 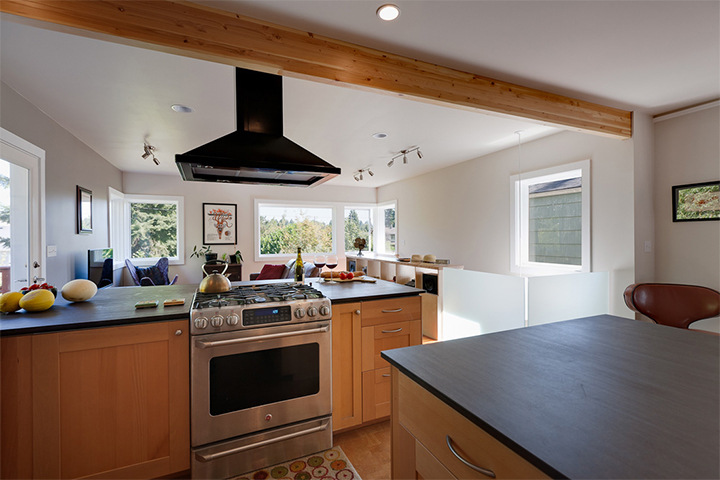 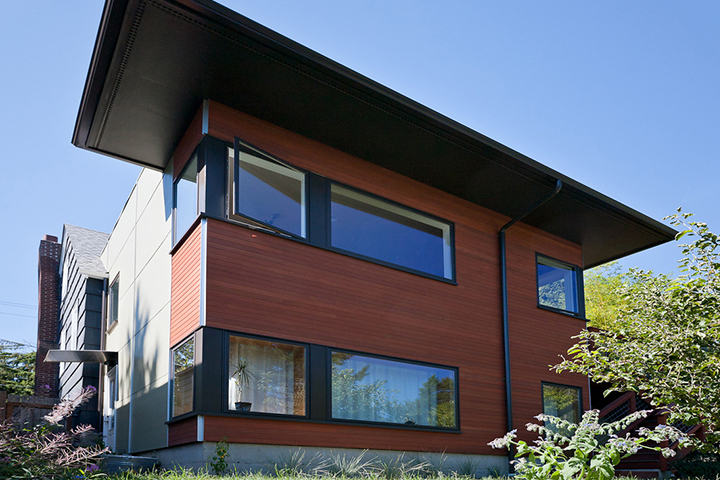 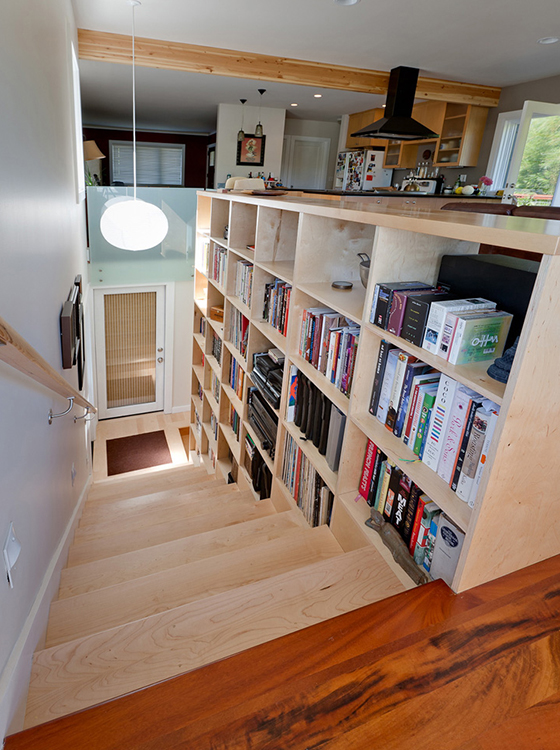 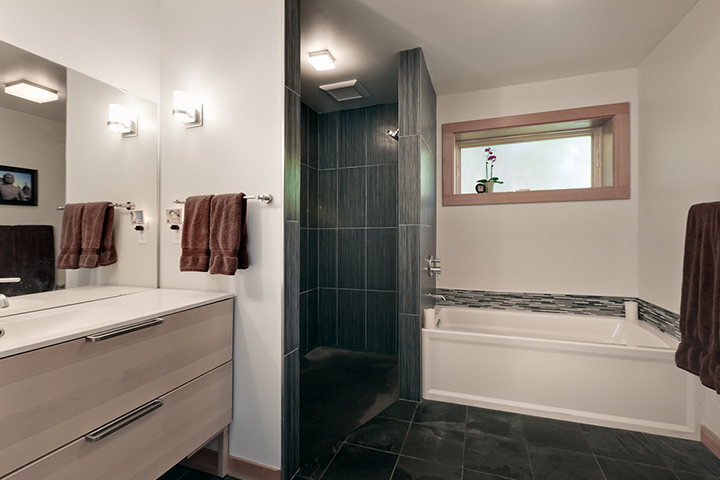 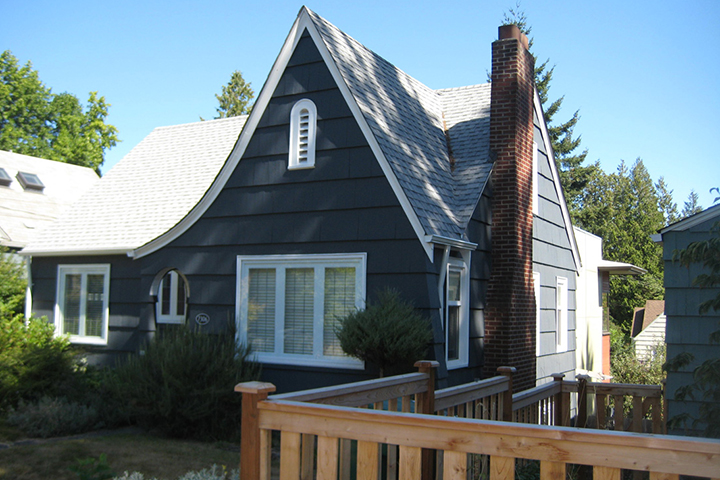