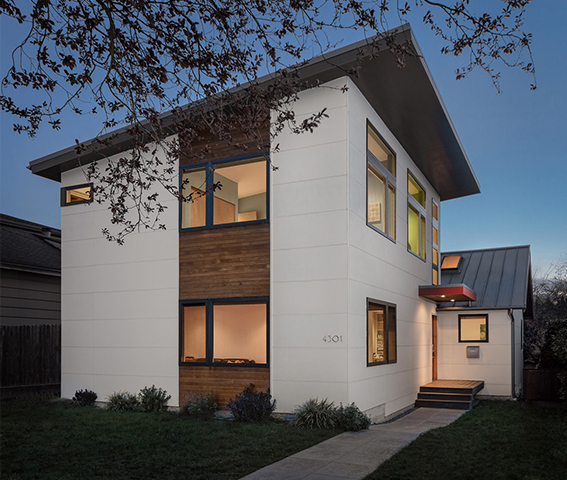 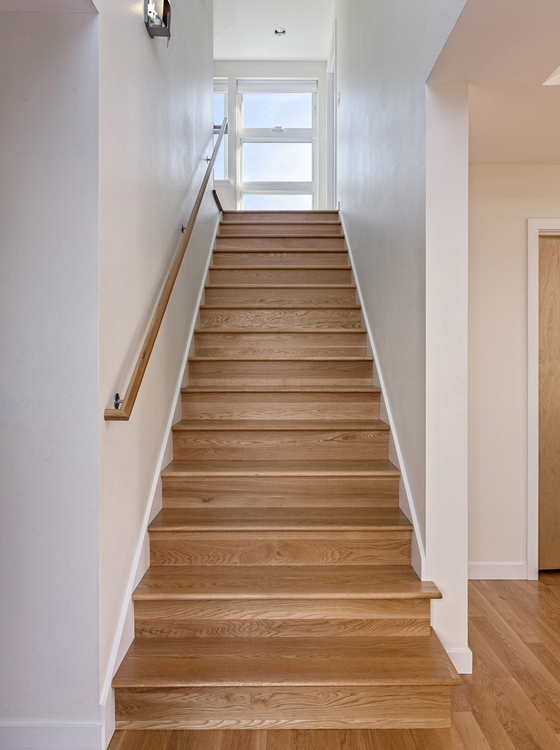 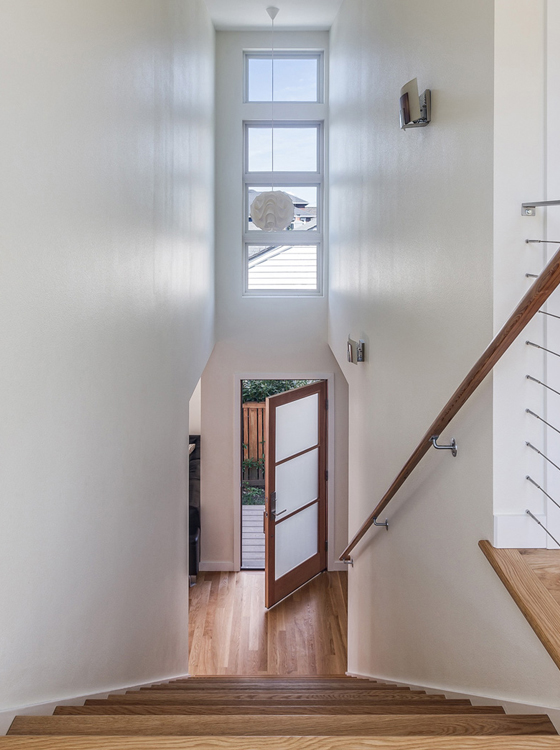 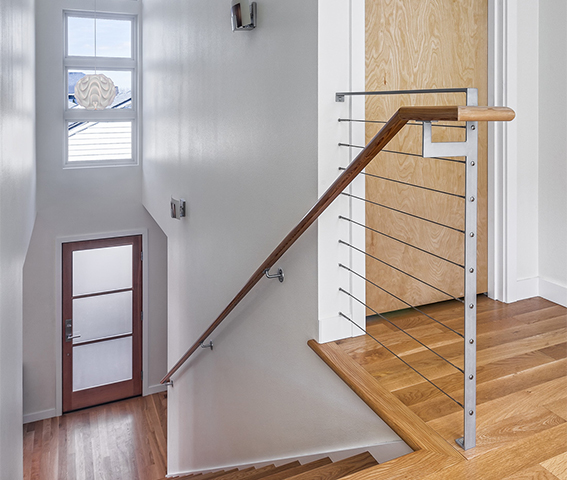 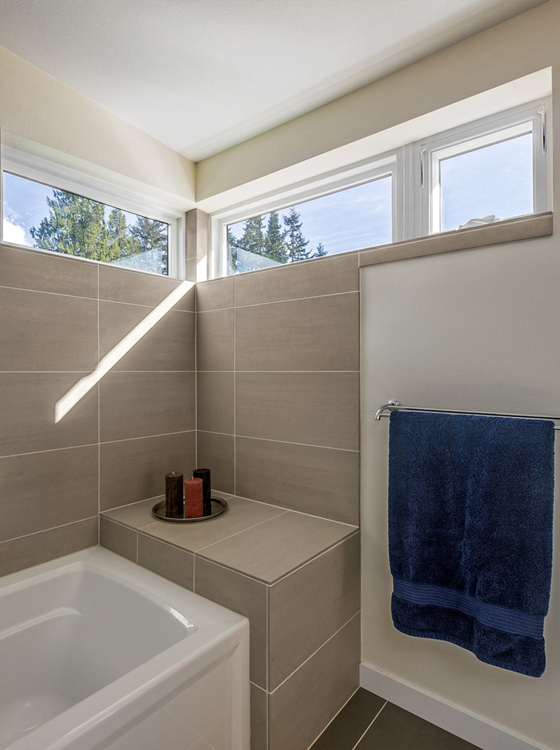 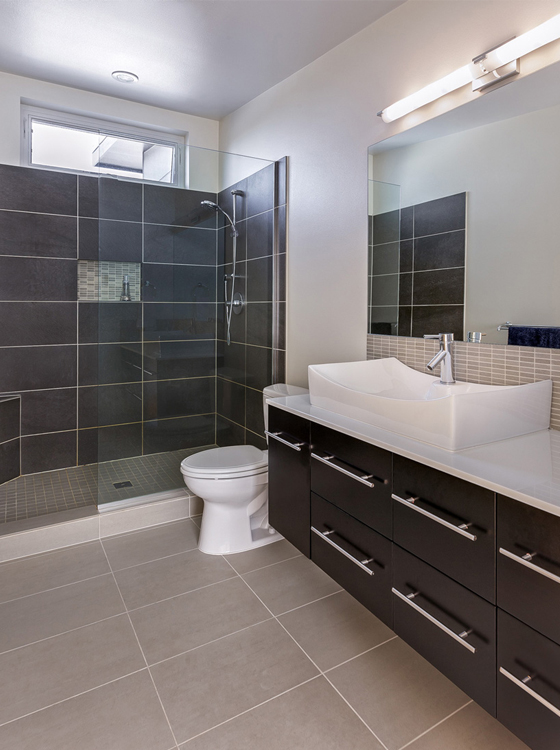 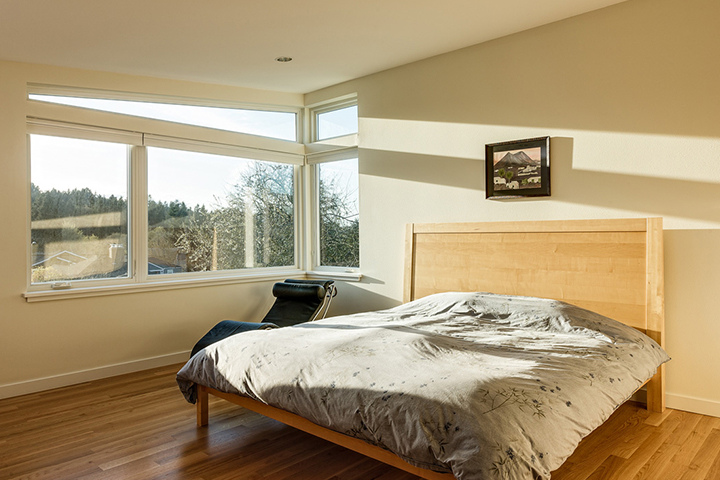 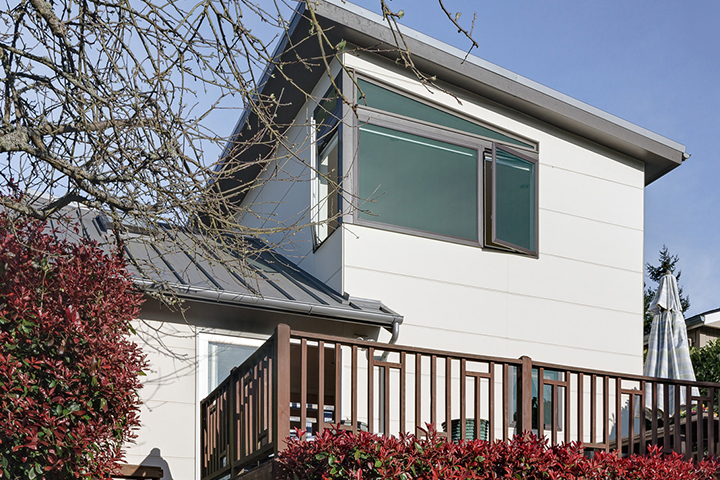 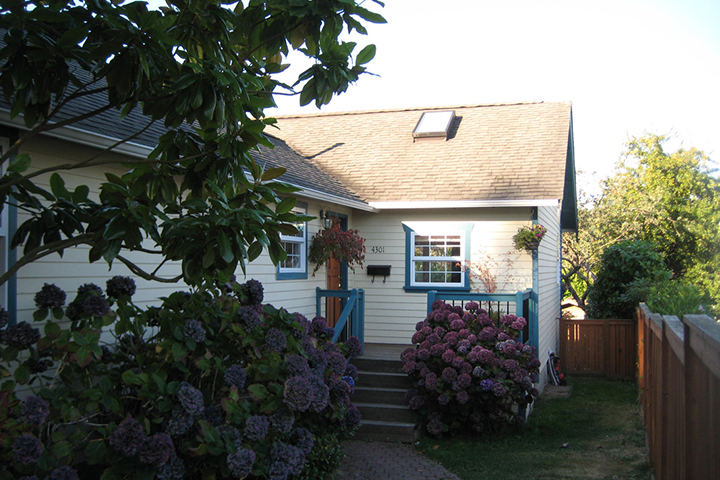 This was an addition and remodel of a one-story house in the Magnolia neighborhood. The structurally unstable east wing of the existing house was demolished, and replaced by a two-story addition. The west portion of the house was retained, and incorporated into the new design. A new stair separates the two halves.

The addition contains a family room, powder, and laundry on the first floor, and three bedrooms, two baths upstairs. The master suite has new views of Puget Sound. The existing kitchen, dining and living room areas were left relatively untouched, to keep within a relatively limited budget. The existing one-story portion that remained was re-roofed and re-sided to match the updated style of the addition. The HVAC system was replaced with an energy efficient hydronic system, with a heat-recovery ventilator for fresh air.