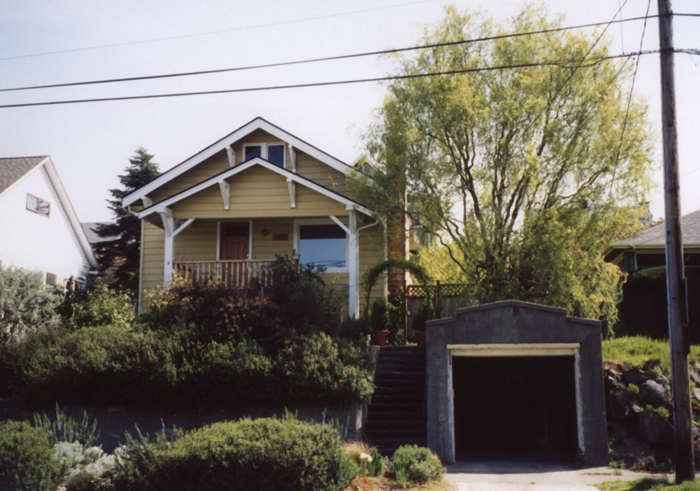 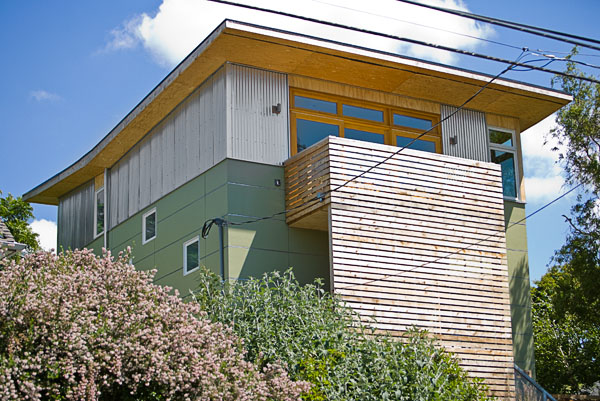 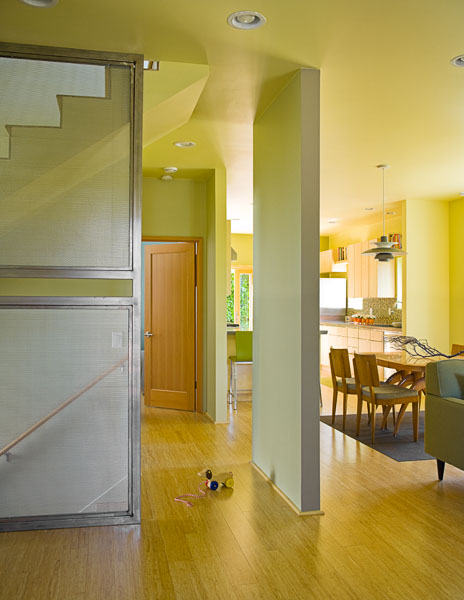 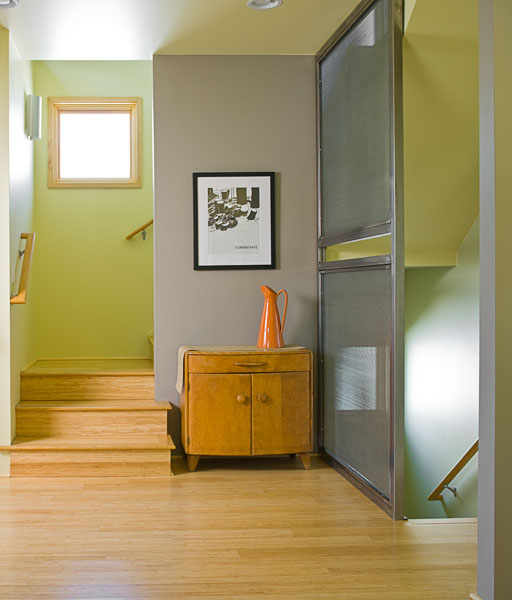 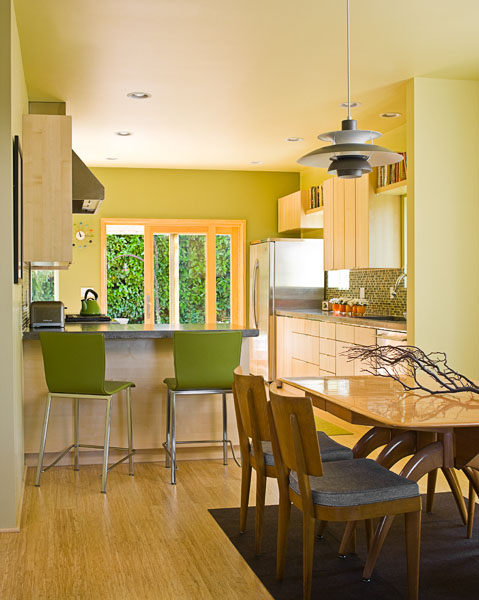 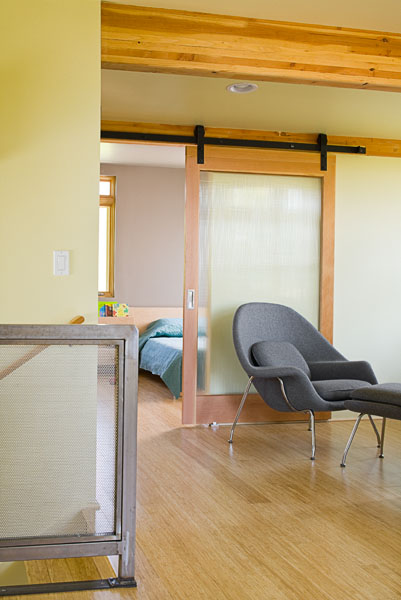 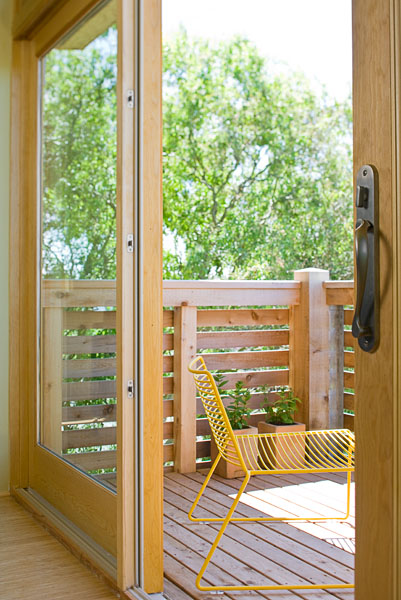 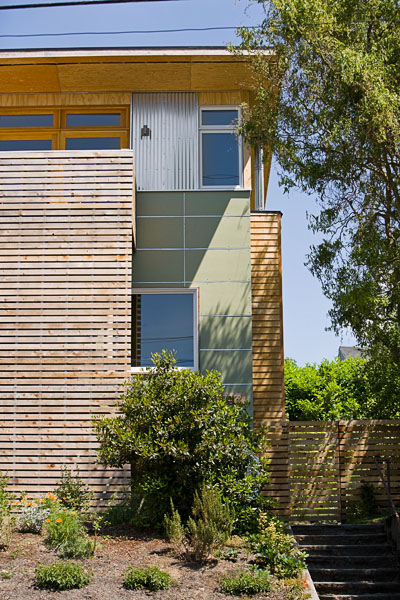 This was a second story addition to an existing 1912 era house. The main floor and basement were extensively remodeled as well.

The homeowners had several goals:

1. They wanted more space for a soon-to-be larger family (they had a baby while the house was under construction);
2. They wanted to do a “Green” project – they wanted a healthy, eco-friendly, energy-efficient home, and the project is Built-Green certified;
3. They wanted to structurally upgrade the existing house, including a seismic retro-fit;
4. They wanted to add a second story, to take advantage of western views;
5. They wanted everything integrated within an updated, contemporary design – so their house would match their mid-century modern furniture (including an impressive collection of Heywood Wakefield).

The owners had a fairly tight budget for their project, so the house was designed with that in mind. Work to the main floor was minimized – except for the new stairs, and some minor remodeling, the existing configuration was maintained. The house was raised a foot during construction, to add height in the basement. The upstairs was designed to be very open, but could easily be partitioned off by future owners to create more bedrooms.

There were some challenges, as in any remodel project. Once construction commenced, it was discovered that a good part of the existing framing was sub-standard, and had to be rebuilt. The owners, working with the architect and contractor, were very creative in finding affordable options to components (e.g. windows, cabinets) that allowed them to stay within their budget.

This house was chosen as the AIA Home of the Month for September 2008.